“I've been thinking a lot about my first mentor, Delle Chatman. She was the head of the Creative Writing for the Media program at Northwestern University and the first person who ever made me believe I could be a writer. That I had something to say and that I might actually be able to say it. She died almost 15 years ago from ovarian cancer. And I miss her.
She told me I had a gift for dialogue and whether she was right or wrong, doesn't matter, only that she told me and I believed her.
She built a beautiful thing at Northwestern and then didn't get tenure, which felt so damn wrong at the time. Then, when she was fighting ovarian cancer, she didn't have the health insurance that would have really helped her. That never felt right to me.
She was a friend. An inspiration. She was a talented writer and a wonderful person. Her faith guided her and held her close, as did her relationships with family and her community. She showed me, at a young age, that work is only part of your legacy. Every bit of who we are matters.
Thanks, Delle. For everything. I know you're with us, still, in our words and actions.
P.S. I wish I had a picture with her. With our class. Do any of you have pics?”

And then a couple of days later, I posted this:

“Magically, a friend, Janae did have pics and she shared them. And so many of Delle's students shared how she changed their creative lives. It was beautiful. It felt important to acknowledge her. The work she did.

And now I have a picture of her. We're standing right next to each other. I look like a goofball, but I don't care. We're in that space. Together.

The magic of social media.” 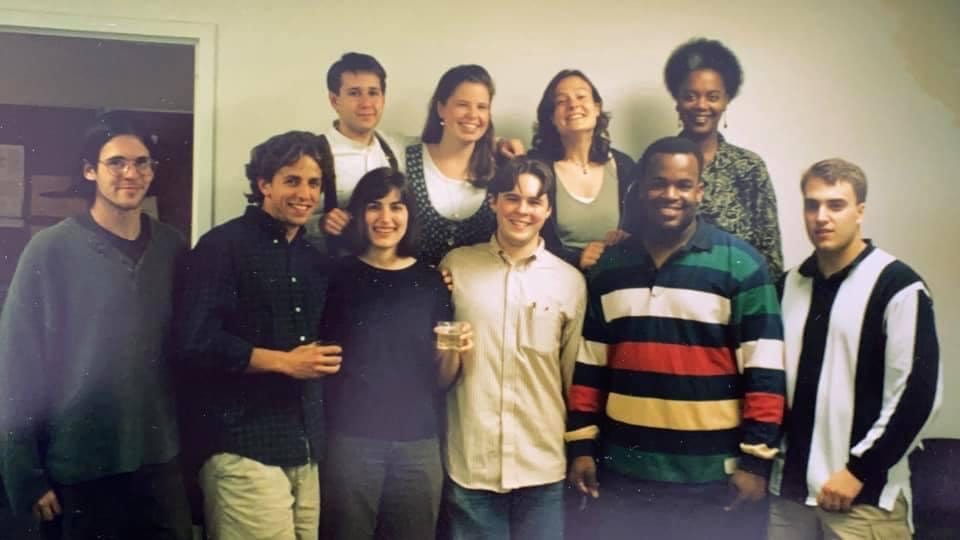 And then a lot of people commented on both posts. A lot. It was clear from the comments how much Delle had meant to so many of us. A peer from the program wondered if we couldn't recognize her more formally. I started a conversation with the NU development office. After some back and forth, a Delle Chatman Black Arts Consortium Gift Fund was settled on as the best way to move forward. I reached out to anyone that I knew, that also knew Delle. I was able to collect money and pledges toward remembering Delle and supporting Black artists at Northwestern University.

“Delle Chatman was a professor at Northwestern University in the 1990’s but to us she was far more than that. She was a mentor. An inspiration. And a professional writer who validated our words, encouraged us and helped us believe that, we too, could be professional writers. Writers, not of fiction or poetry but of movies and television shows. It sounded equal parts absurd and wonderful. Delle showed us the possibilities. She witnessed our growth, fostered our dreams and died far too soon. When we reflect back on our time at Northwestern University we remember Delle as a shining light. We know she did not get the recognition she deserved for her trailblazing with the Creative Writing for the Media Program. We hope this Fund is a small corrective measure. We saw you, Delle. You changed us. We are forever grateful. And we hope that this Fund will empower young artists to grow and evolve. We are grateful for this opportunity to say your name and remember you, it is, quite simply, an honor.”

If you would like to know more about the Black Arts Consortium and sign up for their updates visit: https://bac.northwestern.edu

Black Arts Consortium “BAC”: Brings together faculty working in the Black arts from several units – The Bienen School of Music, The School of Communication, and the Weinberg College for Arts and Science.  Founded in 2012 by then Professor E. Patrick Johnson (now Dean of the School of Communication), the consortium serves as a clearinghouse for an interdisciplinary community of art scholars and art makers throughout the university with an expertise in African, African-American, and diasporic arts, to come together. Since its founding, the organization has developed a notable presence in Chicago through collaborative programming across the city, emerging as a much-needed site for engagement with Black arts. It is a space for Black undergraduate and graduate students to find and build community, seek out mentorship, and to hone their craft.

Delle Chatman Black Arts Consortium Gift Fund: This fund will be established to honor the incredible legacy of Delle Chatman.  Gifts to this fund will be used to provide support, annually, for the BAC.  Examples of support may include; on and off campus programming for students such as screenings of Black films followed by talk backs, lectures, other “Black Arts in the City” excursions to experience a variety of forms of Black made art, and to meet and engage with other Black artists and scholars on campus and throughout Chicagoland.

Gift by Mail Instructions: Please make checks payable to: Northwestern University.  In the check memo or on an enclosed letter/note indicate the gift is for the “DelleChatman Black Arts Consortium Gift Fund”.  Gifts can be mailed to: Alumni Relations and Development, Attn: School of Communication, 1201 Davis Street, Evanston, IL 60208. 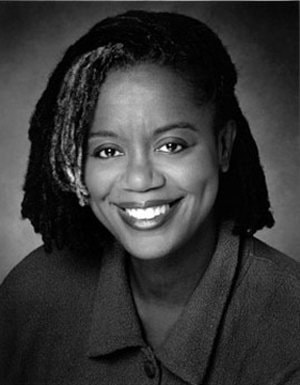